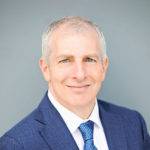 As originally appearing in Procedurally Taxing on October 11, 2022.

In a recent Western CPE eTax Alert, I discussed the government’s loss in Harper v Rettig. In Harper, the taxpayer sought a court order directing the IRS to expunge financial information related to virtual currency transactions allegedly obtained through a John Doe summons. In reversing the district court, the First Circuit held that the Anti-Injunction Act (AIA) was not a jurisdictional bar to a taxpayer’s suit challenging the summons.

Last week the government filed a petition for a panel rehearing. The government claims that even absent the AIA, the Administrative Procedure Act (APA) would not waive the government’s sovereign immunity. This led the government to request that the panel modify its remand order to direct the district court to consider an alternate ground for dismissal.

In its petition the government stated that it is “highly questionable whether the APA provides a basis for exercising jurisdiction in this case, and it is unclear from this Court’s opinion whether this Court definitively held that the APA provides jurisdiction. Moreover, this Court has previously held, in a case involving different facts, that the APA did not provide a basis for challenging an IRS summons.”

The issue turns on the relationship between the APA and Section 7609, the provision that opens the door to third party and taxpayer challenges to the IRS’s vast summons power.

APA Section 702 waives sovereign immunity for suits seeking nonmonetary relief and alleging wrongdoing by a federal agency. In its opinion, after concluding that the AIA did not bar the suit, the First Circuit stated that the taxpayer’s suit “appears to fit comfortably within the plain language of th[e] waiver in Section 702.”

Section 702 of the APA, however, also disclaims any “authority to grant relief if any other statute that grants consent to suit expressly or impliedly forbids the relief which is sought.” To similar effect is 701(a)(1), which states that provisions of APA do not apply where “statutes preclude judicial review.”  In its petition the government argues that Section 7609 is the exclusive means to challenge the government’s summons power, and that Congress protects third parties through the JDS ex parte approval process:

In Section 7609, Congress carefully delineated the limits of the waiver of sovereign immunity for challenging third-party summonses and chose not to provide persons (like taxpayer) who are not named in a summons with a procedure for challenging the summons. Instead, Congress chose to entrust the district courts with protecting the interests of third parties, such as taxpayer, whose information may be covered by a John Doe summons, by requiring that the ex parte procedures in § 7609(f) be satisfied before the summons may issue. I.R.C. § 7609(h).

In discussing the issue, the government points to prior case law where the circuit has held that 7609 is the exclusive means for challenging a summons and that the APA did not provide jurisdiction for a challenge that was beyond the 7609 time limits.

In its petition, the government requests that permission to brief the panel so that it may wish to expand its remand order and asks that the lower court consider whether the intersection of 7609 and the APA is alternative grounds for dismissal for lack of subject-matter jurisdiction.

I suspect that the government’s failure to raise this issue previously relates to its pre and maybe even post CIC Services confidence that the AIA would independently bar a challenge to a summons. The petition is a reminder that even with the AIA not as formidable as it once was, it may not be easy to get into court to challenge what looks like an increasingly robust IRS use of its John Doe summons powers.

We will keep an eye on how this plays out.

Professor Book is a national authority on tax procedure, tax administration and issues affecting the low income taxpayer community. He is the cofounder and one of the primary bloggers at Procedurally Taxing. He is the successor author for the Thomson Reuters treatise IRS Practice and Procedure. Book has testified before Congress on the fair administration of our nation’s tax laws and on the future of tax administration. In 2007 he won the ABA Tax Section Janet Spragens Pro Bono Award winner, and in 2018 he was the inaugural winner of the Diane Ambler Award for faculty curricular innovation for his work in creating the Villanova Online Graduate Tax Program with his colleague Joy Mullane. A fellow of the American College of Tax Counsel, Leslie Book has authored numerous law review articles and is the primary author of three research reports submitted to Congress on behalf of the Taxpayer Advocate Service, including a 2019 report containing a series of proposals to improve the administration and delivery of refundable credits.