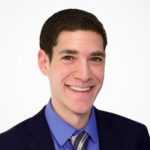 Recently, Congressional leadership released the text of a 5,593-page bill that is expected to be passed by the House and Senate soon. The bill contains:

Like pretty much every long bill that Congress passes, this one contains plenty of tax provisions. By my quick count, roughly 200 out of the 5593 pages of the bill deal with tax changes [1].

By and large, the tax provisions in this bill are tax cuts, not tax increases. The Joint Committee on Taxation estimates that the bill as a whole will reduce federal revenue by $328 billion over the next ten years.

Here’s a brief overview of six of the most significant tax changes in the bill — along with a few thoughts:

Back in March, as part of the last pandemic economic relief package, Congress sent out one-time checks to U.S. households of $1200 per adult tax filer and $500 per child. The IRS administered the checks, and while there were some administrative hiccups along the way, they eventually made it to over 153 million U.S. households.

Now, Congress is back for the second round of checks — but smaller, this time. The bill would provide households with a rebate of $600 for each adult tax filer and $600 for each child. Like in March, high-income households will be ineligible for checks; the rebate amount phases out for singles making more than $75,000 and married joint filers making more than $150,000.

Another major program that was passed in March was the Paycheck Protection Program, a loan program designed to encourage businesses to keep workers on payroll. Many businesses receiving PPP loans were eligible to have their loans forgiven. For tax purposes, loan forgiveness normally counts as taxable income, but Congress included a provision that made PPP loan forgiveness non-taxable.

However, Congress didn’t clearly specify whether businesses who received tax-free PPP loan forgiveness would be able to claim a deduction for the payroll costs and other expenses that they used their PPP loans to pay for. In April, the Treasury Department determined that no deduction would be allowed — a business-unfriendly result.

Now, Congress is set to reverse the Treasury’s decision. Today’s bill states that receiving tax-exempt PPP loan forgiveness will not result in the denial of any business deductions. In fact, the bill places no limits on the ability of any business to deduct expenses associated with forgiven PPP loans.

On principle, this isn’t great tax policy. However, due to a weird quirk of Congressional budget scorekeeping, this provision will be scored as having a cost of $0. As a result, this provision was an easy way for Congress to increase the size of the economic relief package without increasing the cost on paper. Given that, at this point, more economic relief is probably better, I can’t really blame lawmakers for this one.

Currently, the federal tax code allows businesses to deduct 50% of the cost of food and beverage expenses. This can be understood as a sort of compromise, reflecting the part-business, part-personal nature of these expenses.

But Congress is now set to allow businesses to deduct 100% of the cost of food and beverages for tax years 2021 and 2022. This provision, which has been a priority for President Trump for several months now, is meant to support the restaurant sector, which has been struggling during the pandemic.

I think this is a pretty misguided move. For one thing, the last thing that we want right now is people going out to eat indoors at restaurants. For another thing, “temporary” tax provisions are often anything but; there’s a real risk that this change ends up becoming a permanent feature of the federal tax code. And that would be bad: Food and drink expenses are personal consumption in part, so they should not be treated as fully deductible business expenses.

The Earned Income Tax Credit (EITC) and the Child Tax Credit (CTC) are two of the more significant federal income support programs for low- and middle-income households. Both credits are only available to households with “earned income” in the current tax year. If a household doesn’t have much labor or self-employment income, it can’t claim the full amount of these credits — and if it don’t have any earned income, it can’t claim these tax credits at all.

This year, many households have seen their labor income drop significantly, often for reasons outside of their control. As a result, these households would not be able to receive the EITC and CTC amounts that they would normally be able to claim.

As a result, Congress will give households flexibility in how they calculate their “earned income” for purposes of the EITC and CTC. The bill released today would allow households claiming the EITC and/or CTC on their 2020 tax return to choose whether to use their 2020 earned income or their 2019 earned income. This is a bit of a kludgy policy change, but it will mean more economic relief for households that need it the most at the end of the day.

Now, Congress is set to expand the provision that it created nine months ago. Married households that file jointly and claim the standard deduction will now be allowed to deduct $600 in charitable giving, rather than $300.

Is this policy change going to affect how much Americans give to charity this year materially? No. Consider the number of households who 1) are married joint filers, 2) claim the standard deduction, 3) currently give less than $600 to charity, and 4) would decide to give more to charity in response to an expanded federal deduction. That number has to be pretty small.

So what’s going on here? Over time, the number of taxpayers who itemize deductions has fallen significantly, which means that fewer Americans have a federal incentive to give to charity. The charitable sector isn’t happy about that, because they’d like the federal government to give every American incentives for charitable giving. So, this $300/$600 deduction for non-itemizers is more of a ‘foot in the door’ than anything: In the future, we can expect members of Congress to push to expand these amounts.

Anyone who’s followed federal tax policy over the last decade or so is familiar with the saga of the “tax extenders“: a group of tax provisions that are supposedly temporarily, but which Congress never allows to expire. These provisions — which range from alcohol excise tax cuts to the railroad track maintenance credit — are often renewed for a year or two at a time.

In the bill released today, Congress addresses the fate of 40 expiring tax provisions:

Unfortunately, these provisions are far too varied to say anything interesting about them as a group (but feel free to leave your thoughts about particular provisions in the comments!)

It is worth noting that the end of 2025 is also when much of the Tax Cuts and Jobs Act is set to expire, as Richard Rubin points out. With Congress now adding even more tax provisions that will expire at the same time, 2025 should be an interesting year in the world of tax policy.

Here, I’ve covered six of the major tax changes in the bill released by Congressional leadership this afternoon. Not all of these tax changes are ideal policy — but many of them will offer real, significant relief to households and businesses.

[1] The bulk of the tax changes in the bill can be found in:

Sharon Kreider answers a Q&A about the Urgent PPP News.

Scott Greenberg is interested in U.S. federal tax policy. Before law school, he spent three years working at the Tax Foundation, a think tank in Washington, DC. There, Scott wrote white papers and articles about an array of tax policy issues, such as the taxation of closely-held businesses and the tax exemption of municipal bonds. His work has been cited by several major news outlets. Scott spent his 1L summer working for the U.S. Department of Transportation’s Office of the General Counsel, as well as serving as a research assistant to Professor David Kamin. At NYU, Scott is a staff editor on the NYU Law Review. He holds a B.A. in economics from Yale University.