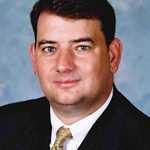 Kurt G. Oestriecher is the partner in charge of accounting and auditing services with Oestriecher & Company of Alexandria, Louisiana, and has been with the firm since graduating from Northeast Louisiana University in 1986.  He currently serves as the chair of the LCAP Professional Ethics Committee and as a member of the Council of the AICPA.

How We Got Here And Questions To Expect From Borrowers

While the CARES Act provided much-needed assistance to both businesses and individuals at the start of the COVID-19 pandemic, some of the programs, particularly the PPP Loan program, continue to have problems.

Members of Congress knew there would be issues with the program due to the limited amount of time the government had to get funds out of the Treasury and into the bank accounts of small businesses. Never before has the federal government authorized over 600 billion dollars to be issued without definite rules on the program. Additionally, the PPP loans were designated as SBA loans, with the banking industry acting as the government’s agent to disburse the funds.  Poorly worded law, an evident lack of understanding by the SBA of how payrolls work for small businesses, and lack of consistency among banks all led to confusion for the borrower.

Despite the resulting confusion, the original concept of the PPP program was simple:

Congress, it seems, considered the concept too simple, and added a provision that required a reduction in loan forgiveness if a borrower did not maintain the pay rate and the number of employees during the covered eight-week period. However, this provision was not necessary because there were already safeguards that only allowed for forgiveness if the borrower spent the requisite amounts on payroll, payroll-related costs, utilities, rent, and interest.  These “clawback” provisions served as a double penalty and have caused multiple complications in the loan forgiveness process.

The SBA further complicated the forgiveness issue by issuing conflicting guidance in the Interim Final Rules and subsequent revisions. Take health insurance costs for owners for example. This payroll expense was not treated consistently among corporations and Subchapter S Corporations due to a lack of understanding by the SBA on the treatment of health insurance premiums for more than 2% Subchapter S owners. Later revisions of the interim rules also make poor references to the “allowable” uses of a PPP loan and the “forgivable” uses of PPP loans.  The law clearly permits a borrower to use the loan proceeds for any expenditure allowed under Section 7a, however, in the interim rules, the SBA uses the term “allowable” many times when it appears as though the more appropriate term would be “forgivable.” The resulting confusion has led some borrowers to believe that if they do not spend at least 60% of the loan proceeds on payroll costs, the entire loan is either not forgivable, or worse, the borrower has misappropriated the funds and has violated federal law. While it is clear that this is not the intent of Congress, it is understandable how some borrowers would be very concerned that they were not in compliance with the law.

Fortunately, a reasonable person that has read the instructions for loan forgiveness, the interim final rules issued by the SBA, and both the CARES Act and the PPP Flexibility Act should be able to comply with the applicable law and regulations and use the funds as intended. Additionally, it is clear that the SBA expects the borrower to use their best judgment when applying for loan forgiveness because the application instructions are only applicable for weekly payers but the application itself lists five different payroll frequencies. Thus, assumptions will have to be made for several calculations, such as the FTEs (full-time equivalent employees) and the treatment of overtime for the lookback periods.  Borrowers and banks will have to rely heavily on the CPA profession to guide them through the forgiveness process, so be prepared to answer a wide range of questions as your companies and clients navigate the forgiveness process. 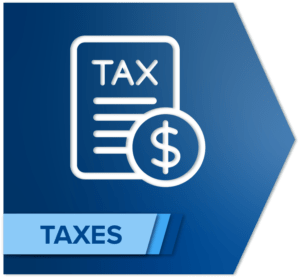 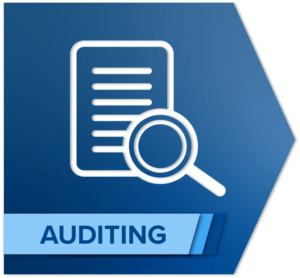 Kurt G. Oestriecher is the partner in charge of accounting and auditing services with Oestriecher & Company of Alexandria, Louisiana and has been with the firm since graduating from Northeast Louisiana University in 1986. Kurt is a member of the American Institute of Certified Public Accountants (AICPA) and the Society of Louisiana Certified Public Accountants (LCPA). He has held multiple positions within each organization, including President of the LCPA (2002–2003). He currently serves as the chair of the LCAP Professional Ethics Committee and as a member of Council of the AICPA. Kurt is the recipient of three Outstanding Discussion Leader Awards from the LCPA, and was named the Outstanding Discussion Leader for the AICPA from 2006–2013. He has authored and coauthored many educational courses on accounting and auditing topics, and served as an Adjunct Instructor of Accounting at LSUA and Northwestern State University.