I think we all have ideas on what tax reform should look like for a better America. I’m putting a few items in writing as if I were advising President Biden. We should always remember that to provide comprehensive advice on tax policy. We would need to assemble a team that includes domestic and international tax experts, an economist, a statistician, a trend specialist, Dr. Phil, and a fortune-teller.

There are three basic assumptions applied in the following discussion of President Biden’s tax proposals.

(1) Our country has run up a big covid-related deficit, and we will have to pay the deficit down someday.

(2) Our economy is fragile because of Covid, so legislators will need to consider the immediate impact on our economy of all proposed tax increases. A negative impact may require a delay in implementing what might otherwise be good policy in meeting budget needs.

(3) All changes will require that the “boys and girls” in Congress step across the aisle to address a common good. Dump the “I can’t win unless you lose” philosophy that has prevailed for several years. In the old days, there was horse-trading and barter — otherwise known as compromise. “If you vote for steel tariffs, I’ll vote for an agriculture bill.” A change in Congressional personality is a big assumption.

My wealthy (and very conservative) client called after the election results were apparent and asked, “What is Biden going to do to me? Are my taxes going up?” He didn’t want a wait-and-see answer. He wanted my opinion. I told the client: “Yes, your taxes are going up. The question is when and how much.“

President Biden’s tax policy ideas on the campaign trail included raising taxes on wealthy individuals. He proposed raising the top rate from 37% to 39.6% — the pre Tax Cuts and Jobs Act top rate. He’d tax capital gains and profits interest as ordinary income, at least for those with more than a million dollars of income, and he’d limit tax-deferred exchanges.

While President Biden said he would raise taxes, he promised that no one with an income of less than $400,000 would see a tax increase. The President would like a more progressive tax system1 and one that redistributes wealth. That sounds like taxing the rich to give to the poor. We might restate the President’s goal as one that raises revenue to pay down our debt and raises revenue to provide additional credits to low-income taxpayers, particularly those suffering from Covid-19 health and work issues.

1 For the data that argues that the US tax system is progressive, see the Tax Policy Center’s Briefing Book, A citizen’s guide to the fascinating (though often complex) elements of the US tax system.

Tax practitioner note. My suggested top-rate isn’t 39.6%. Could we have a rule that we don’t use decimals or fractions in tax law? If you insist on something higher than 39%, add another bracket at 40% for those with income above $1 million, for example. 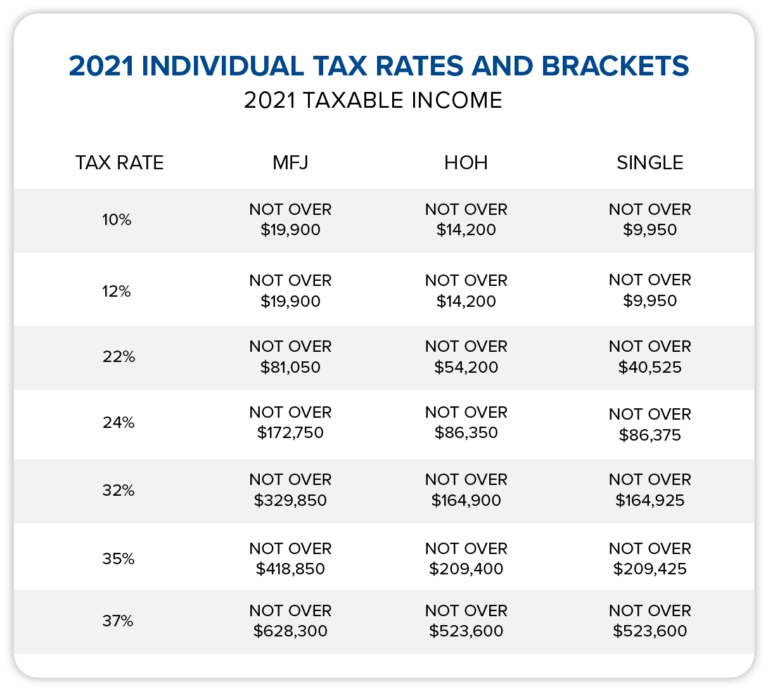 President Biden has proposed that long-term capital gains (and qualified dividends) be taxed as ordinary income for those with income in excess of $1 million. Granted, the proposed change only affects those with high income, but we have been told that favoring investment helps our economy. There are pros and cons to that statement. The President thinks it is unfair that capital gains are taxed at a lower rate than wages. If I were advising the President, I would remind him how entrenched a reduced tax rate is on long-term capital gains.

While we are at it, let’s fix the hedge fund loophole. The hedge fund manager works for the fund and is paid for his or her work with a share of the profits as the fund assets are sold. A profits interest sounds like pay for work, and it really should be ordinary income. Be careful in agreeing with that statement. It would also make the profits interest that a general partner or managing member receives at the sale of the investment property (think apartment building or shopping center) taxable as ordinary income.

President Biden has proposed the elimination of §1031 tax-deferred exchanges for investors with income above $400,000. Tax-deferred exchanges have been in the law since 1921. They are entrenched in tax law, and elimination of the deferral is likely to disturb the real estate market place2. Any change to §1031 will require compromise because some very powerful special interest groups will lobby hard to retain the tax benefit. Perhaps, Mr. President, a limit on the deferral would be more palatable, say $1,000,000 or $2,000,000.

2 There is a 2015 Senate Finance Committee report on repealing §1031 that has some interesting findings and commentary on the economic impact of repeal.