Six Questions To Ask Your Clients Today about Their Estate Planning July 7, 2017 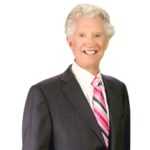 Estate planning is not just for the ultra-rich. But their mistakes, when they have plenty of money to pay for the best advice, make a dramatic starting point for a discussion about transferring family assets to the next generation.

Prince died Apr. 21, 2016 without a will, although his estate is valued at as much as $500,000,000. At a probate hearing, 12 attorneys represented the various heirs. Why would a very wealthy and very successful musician, who allegedly kept his music in a vault to protect, fail to safeguard that music through estate planning? Prince’s estate planning might have been more than saving taxes and leaving more after-tax dollars for his heirs. Maybe it could have been about directing how his music was distributed and who had the decision-making powers over his artistic creations.

Bobbi Kristina Brown, the daughter of Whitney Houston and Bobbie Brown, died July 26, 2015. Celebrity deaths make news. Although Bobbi Kristina wasn’t a celebrity of her parents’ fame, she had fame of her own as the sole beneficiary of her mother’s estate. And, thus, Bobbi Kristina’s passing is a time to be reminded of a few lessons in family estate planning. When Whitney Houston died in 2012, her daughter, then 19, inherited her estate valued at $20 million. The money was left in trust to be paid out to Bobbi Kristina at ages 21, 25, and 30, a common payout scheme. So what was wrong? The will was 19 years old when Whitney died. Perhaps if it had been reviewed regularly, the trust terms would have been changed as Bobbi Kristina grew up and medical and relationship problems started to appear.

This isn’t the only example of an old will that needed a review. James Gandolfini, also known as Tony Soprano, died in 2013 at age 51. He left a $70 million estate with 20% left to his wife and the remainder to his children. The estate tax bill was $30 million. Perhaps as his estate grew to grand amounts, along with his TV fame, he should have considered annual exclusion gifting, lifetime long-term trust planning, or a marital trust arrangement to postpone tax until his surviving spouse passed.

1. Is there a change in the family situation?
Certainly, the family situation changed for the wealthy Houston-Brown family. People with small estates also can be caught up in the changing family dynamic. For example, the son predeceased his mother. The mother’s current will left her estate to her surviving children. Because her daughter-in-law was beloved (and because there were cute grandkids), the mother changed the will to include her daughter-in-law for the deceased son’s share.

After the Supreme Court’s decision in Obergefell concerning same-sex couples marrying, a marriage, between same-sex or opposite-sex couples, requires the updating of wills and a review of all beneficiary designations. A divorce, separation, or estrangement requires the same updating and review.

2. Is there a change in the size of the estate?
James Gandolfini had a large estate that required estate tax planning, and he didn’t get it. Clients with stock options or with rapidly appreciating real estate may also need updated planning to avoid estate tax.

3. Is newly-acquired property properly titled?
A client had a lovely trust but failed to fund it. His estate planning was valueless because he didn’t follow through with the attorney’s instructions. You might also recognize a client who pulled property out of his trust so that he could refinance or trade the property and then failed to return it to the trust.

If a client acquires property in another state, the client should be advised to talk to his or her estate attorney regarding the use of pass-through entities to hold the title. Pass-through interests are often considered personal property with situs in the domicile of the owner. This may help with other state probate and other state estate tax.

A client was divorced 20 years earlier. Her ex-husband died and she was the beneficiary of his $100,000 life insurance policy. She was certain he meant to leave money to her rather than his new wife. Hum… doubtful.

A client loved and nurtured his business for 20 years. He was CEO and his new spouse of just a few years was CFO of the successful and growing business. When he passed away, his will left the business, his separate property, to his estranged children from a prior marriage. The business lost its CEO and then its CFO. The business barely sold for its debts. The client forgot an essential tenant of succession planning. Planning is important even if you are busy or feeling immortal.

Disability can be as damaging to business succession as death. Donald Sterling was banned for life from the National Basketball Association (NBA) for his racist comments. The NBA threatened to auction Mr. Sterling’s team, the Los Angeles Clippers. At first, Mr. Sterling authorized his estranged wife, Shelly Sterling, to find a buyer for the team. Later, he refused to sell to the buyer arranged by Mrs. Sterling, moved to revoke his family trust, and removed Mrs. Sterling as his co-trustee. Mrs. Sterling exercised her right under the trust to remove Mr. Sterling as co-trustee by securing a diagnosis of mental incapacity from two neurologists. The probate and district courts agreed that Mrs. Sterling had followed the terms of the trust when she removed Mr. Sterling and allowed her, as sole trustee of the family trust, to sell the Clippers. Perhaps Mr. Sterling should have considered a separate financial durable power of attorney for the business and reviewed his trust and will when he and his wife separated.

6. Are estate documents reviewed annually?
A client’s original trust distributed money to her children at ages 21, 25, and 30. At a review with her estate adviser, she changed the payout ages to 25, 30, and 35. And later to 30, 35, and 40. She said that the longer she knew the children, the older they needed to be to handle her money.

In her annual review, the client left money to one of her sons in a trust to be paid out 1/10 a year beginning at age 60. She didn’t like the son’s spouse, fearing divorce, or his ability to save for retirement. The other sons received their share at the closing of the estate. Only the “badly married” spendthrift son had to wait.

Other reminders. Gifting remains important for taxable estates. The gifting advantages are not just about gifts to beneficiaries, but also gifts to charity. A gift to charity reduces the taxable estate and current income taxes. Sixteen states plus DC have estate taxes and seven states have inheritance taxes. For example, New Jersey has a $675,000 exemption and an estate tax rate that climbs to 16%. Even if your state does not have estate or inheritance tax, the decedent’s property located in another state may be subject to it. Although there may be no federal estate taxes, gifting may reduce state inheritance taxes.

Interested in learning more? Check out our top courses on estate planning.