Jeff Lanza was an FBI special agent for over 20 years. He investigated corruption, fraud, organized crime, cybercrime, human trafficking, and terrorism. Jeff has lectured at Princeton University and as a “distinguished lecturer” at Missouri State University. He appears regularly on Fox News and CNBC, and he appeared on such national programs as TODAY, Good Morning America, Dateline, and NPR’s Marketplace.

Jeff is passionate about keeping people and organizations safe from risk and has presented to thousands around the globe. His latest book, Pistols to Press, has received critical acclaim from national media figures. In addition, Jeff has authored speeches for FBI executives and has been published in the Kansas City Star, Ingram’s magazine, and on the FBI national website.

Jeff was head of operations security for the Kansas City FBI and a graduate of the world-renowned John E. Reid School of Interviewing and Interrogation. He is a certified FBI instructor and has trained numerous government agencies and corporate clients. Jeff has an undergraduate degree in criminal justice from the University of New Haven (Connecticut) and a master’s degree in business administration from the University of Texas.

Jeff consulted for Academy Award winning director Ang Lee during the production of Ride with the Devil, and he has provided regular consulting services for television and movie production in Hollywood at Steele Films and Granfalloon Productions. Jeff was a major contributor and appeared on camera in a recent episode of the History Channel’s America’s Book of Secrets. He will be featured in the upcoming companion documentary to the major theatrical release Runner Runner, which stars Ben Affleck and Justin Timberlake. 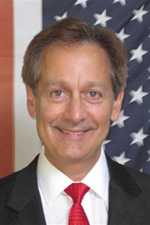