Dennis F. Dycus, CPA, CFE, CGFM, recently retired after 39 years with the Office of the Comptroller of the Treasury of the State of Tennessee as Director of the Division of Municipal Audit. He was responsible for the audits of all local governments in Tennessee, with the exception of counties and their affiliated units, as well as conducting investigations related to fraud, waste, and abuse in local governments. He’s an active member of the AICPA, the Tennessee Society of CPAs (TSCPA), the Government Finance Officers Association, the Association of Government Accountants (AGA), and a charter member of the Association of Certified Fraud Examiners (ACFE).

Dennis has developed and conducted training programs in all 50 states, Canada, Guam, Europe, Canada, and Puerto Rico for organizations, such as the Association of Certified Fraud Examiners, the AICPA, numerous state CPA societies, the Government Finance Officers Association, the Association of Government Accountants, IBM, the Securities and Exchange Commission, the U.S. Department of Labor, the U.S. Environmental Protection Agency, the Government Accountability Office, and others. For Western CPE, Dennis writes self-study courses and presents webcasts. His programs are related to the detection and prevention of fraud as well as all aspects of governmental accounting, auditing, and financial reporting. In addition, Dennis has authored articles on fraud for several national publications. 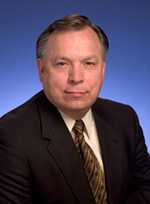