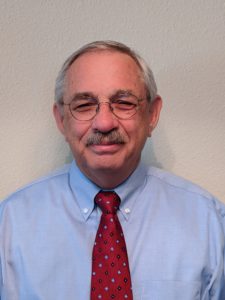 Dr. Rod Redding received his PhD from Penn State University after working with Price Waterhouse and IBM. Presently, he presents seminars and webcasts and prepares self-study courses for Western CPE.

During 2019 and 2020 Congress appears to have an increasing interest in accounting and auditing.  The Current Expected Credit Loss accounting standard and the PCAOB have been the primary targets of Congressional actions.  Let’s take a look at some of the bills and other actions.

In the Senate: “Continued Encouragement for Consumer Lending Act” and in the House: “CECL Consumer Impact and Study Bill of 2019”

These bills were Introduced in May and June 2019 The House bill was a bipartisan bill with 61 co-sponsors.  The contents of the bills are very similar.  Both bills are still in committee.  There is a call for a halt to the implementation of the current expected credit loss standard until a quantitative impact study can be completed. The American Bankers Association has long raised concerns about the procyclical (magnify economic) effects of the CECL standard,  ABA President and CEO Rob Nichols welcomed the bill’s introduction…“A rigorous study conducted by regulators is needed to assess the effect this new standard will have on the ability of financial institutions to serve their customers and support the broader economy, particularly when the economy is under stress…“We urge Congress to quickly consider this bill.”

There has been criticism of the CECL accounting standard including a July 2019 article in the American Banker entitled “CECL: A solution in search of a problem.”   The article states that comments by the head of the Financial Accounting Standards Board show a clear disconnect from the reality that community bankers are facing with one of the most significant changes to accounting: CECL. They point out that the FASB Chairman said a primary reason the new CECL standard is to give more information to potential investors and shareholders and that investors favor CECL.  The article claims that a survey conducted by the investment house Janney (then FIG Partners0 indicated that 75% of bank investors opposed CECL.  Given that the majority of U.S. banks are not publicly stared means that those banks should not be subject to the CECL standard meant for publicly traded firms.

This bill introduced in September  2019 would amend the Securities Act of 1933 to require the Securities and Exchange Commission to issue a rule to apply the Administrative Procedure Act (APA) to the adoption of accounting principles by the standard setting (publishing notices of proposed and final rules as well as comment periods), and to require the standard setting body to consider, in adopting accounting principles, the impact such principles will have on the broader U.S. economy, market stability, and availability of credit.

FASB said the Luetkemeyer-sponsored bill misconstrues accounting standards as regulations that can singlehandedly tip the economic scales.  Note that his bill not only focuses on CECL but all future projects of the FASB.

Just a question:  When will someone in Congress issue a bill to set an accounting standard as opposed to just a delay in an effective date or the APA?

In a 71 to 23 vote in December 2019, the Senate approved a spending package funding government through Sept. 30, 2020.  The bill directs the Treasury Department to conduct a study on potential adverse effects of the current expected credit loss model for loan loss accounting on regulatory capital.

Time for Congress to put an end to CECL
An article in the American Banker on March 25, 2020 stated the Financial Accounting Standards Board is considered by people who actually do business to be ridiculously out of touch.  FASB seems to spend its time deriving increasingly more fiendish and complex accounting standards. New rules place an even heavier burden on the private sector, with little regard for cost versus benefit or practicality for a typical company.  FASB standards best suit the largest corporations: those that have large accounting staffs and can afford to pay a myriad of consultants and modelers to cope with the latest pronouncements.  In the absence of certifiable prophets, firms must hire modelers to make predictions over extremely long-term periods. These models are typically very precise and broadly inaccurate. And the models do not relate to the changing real world, especially what is confronting businesses and the economy now — a massive recession induced by COVID-19.

The spending package gives public banks until Dec. 31 — or when the coronavirus national emergency ends, whichever comes first to implement the CECL ASU.  One observer comment that this marks rare intervention by Congress in what is normally the domain of the Financial Accounting Standards Board.  The bill did not change the effective date for privately held banks, credit unions, and smaller public companies.

FASB letter to Congress before the passage of the bill

The CECL delay was included in the bill over the objections of Kathleen Casey, chair of the Financial Accounting Foundation’s board of trustees, which oversees FASB.  In a March 23 letter to Congress Casey wrote “Those who have raised objections to the implementation of the standard are primarily concerned about the effect it has for some banks on their regulatory capital. This concern can be addressed directly by the regulators themselves without requiring any change to CECL or its effective dates.”  Cautioned against “rashly adopting unprecedented measures that would act to diminish confidence in generally accepted accounting principles, financial reporting, and our markets during this critical time.”

On April 3, the SEC state no objection to a provision in $2 trillion stimulus package allowing lenders to delay implementing a new accounting standard on expected credit losses.

And enter the Federal Reserve

The Federal Reserve banks will be allowed to forgo “the estimated cumulative regulatory capital effects” of CECL for up to two years.  That delay includes the three-year transition period, so banks could put off incorporating the full impact of CECL for potentially another five years.

H.R. 4329 “ESG Disclosure Simplification Act of 2019” would update environmental, social and governance (“ESG”) disclosure requirements for public companies.  “ESG metrics” would be deemed “de facto material for purposes of disclosures” under the Securities Act and the Exchange Act. Would require public companies to provide a “clear” description of (i) the connection between ESG metrics and long-term business strategies and (ii) the process used to determine how ESG metrics impact the long-term business strategies of the issuer; and Amend SEA Section 4 to require the SEC to establish a permanent advisory committee, called the “Sustainable Finance Advisory Committee,”  “Sustainable Finance” means investments that take into account “environmental, social and governance considerations.”

Included a provision to consolidate the responsibilities of the Public Company Accounting Oversight Board under the SEC starting in 2022, essentially making the PCAOB a department of the SEC.

Where is the governance of the accounting profession heading?

Dr. Rod Redding received his PhD from Penn State University after working with Price Waterhouse and IBM. Presently, he presents seminars and webcasts and prepares self-study courses for Western CPE. He has over 30 years’ experience as a professor at universities such as the University of North Carolina, the University of Utah, Georgetown University, and Gettysburg College. He also has taught internationally at Kenyatta University in Kenya and the American University of Sharjah in the United Arab Emirates. Three different universities have given Dr. Redding awards for excellence in teaching. Dr. Redding holds a CPA certificate but has elected inactive status.

Dr. Redding’s intellectual contributions are in the fields of financial reporting and auditing. He is the coauthor of the book The FASB: The People, The Process, and The Politics. He has written financial accounting articles on topics such pensions, leases, and capitalization of interest, as well as a number of articles on teaching effectiveness. Each year he publishes The World’s Liveliest Accounting Update, which is a financial accounting, auditing, attestation, compilation, and review update. As indicated by the title, this is an exceptionally energetic and engaging presentation. He is known as one of the country’s most dynamic financial and auditing CPE seminar leaders.