SBA released a new EZ version of the forgiveness application (Form 3508EZ). The EZ application requires fewer calculations and less documentation and will ease the paperwork for small business owners and the practitioners that help them. The EZ can be used by borrowers who:

Form 3508 (the full application) has also been revised. It is now a five-page application and includes changes for the new 24-week covered period and the safe harbors added for the FTE and wage reductions.

The Paycheck Protection Program Forgiveness Flexibility Act (HR 7010) was signed by the President on June 5, 2020. On June 16, 2020, the SBA and the Treasury issued a Revised Interim Final Rule to clarify and provide examples of how the forgiveness rules changed from the original provisions in CARES.

Covered Period is 24 weeks. The covered period for loan forgiveness has been extended from eight weeks after the date of loan disbursement to 24 weeks after the date of loan disbursement. This change is effective as if it were included in the CARES Act. If the PPP loan was made before June 5, 2020, the borrower may elect to have the loan forgiveness covered period be the eight-week period beginning on the date the PPP loan was disbursed.

Note. The loan forgiveness covered period of any borrower may end no later than Dec. 31, 2020.

60% Must be Spent on Payroll. Earlier in the year, Treasury and SBA issued an interim final rule that required borrowers to spend at least 75% of the PPP loan proceeds on payroll. HR 7010 reduced the payroll spending requirement to 60%. If a borrower uses 59% of its PPP loan for payroll costs, it will not receive the full amount of loan forgiveness it might otherwise be eligible to receive. Instead, the borrower will receive partial loan forgiveness, based on the requirement that 60% of the forgiveness amount must be attributable to payroll costs.

Safe Harbor Added for Reductions in FTEs. The Act adds a safe harbor from reductions in loan forgiveness based on reductions in full-time equivalent employees for borrowers that are unable to return to the same level of business activity the business was operating at before Feb. 15, 2020, due to compliance with requirements or guidance issued between March 1, 2020, and Dec. 31, 2020, by HHS, CDC, or OSHA, related to worker or customer safety requirements due to COVID–19.

Maturity Date of Loan Extended. The maturity date of the PPP loan has been increased to five years for PPP loans that are approved by SBA (based on the date SBA assigns a loan number) on or after June 5, 2020. For loans made before June 5, 2020, the maturity is two years; however, borrowers and lenders may mutually agree to extend the maturity of such loans to five years.

Remind your small business client that there is still time to apply for a PPP Loan. $120 billion of loan monies is available, but only until the loan program closes on June 30, 2020. 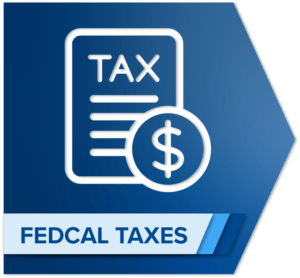