During fiscal year (FY) 2022, few millionaires were audited compared to lower-income examinations, which continued to occupy most of the IRS’s audit resources. That’s according to statistics compiled by the Transaction Records Access Clearinghouse (TRAC) at Syracuse University. Shocker.

Note. The chart below shows a higher percentage of millionaire audits because it includes limited audits by tax auditors and by correspondence. The lowest income wage-earner’s return had a 12.7% audit rate, mostly because of the earned income tax credit. 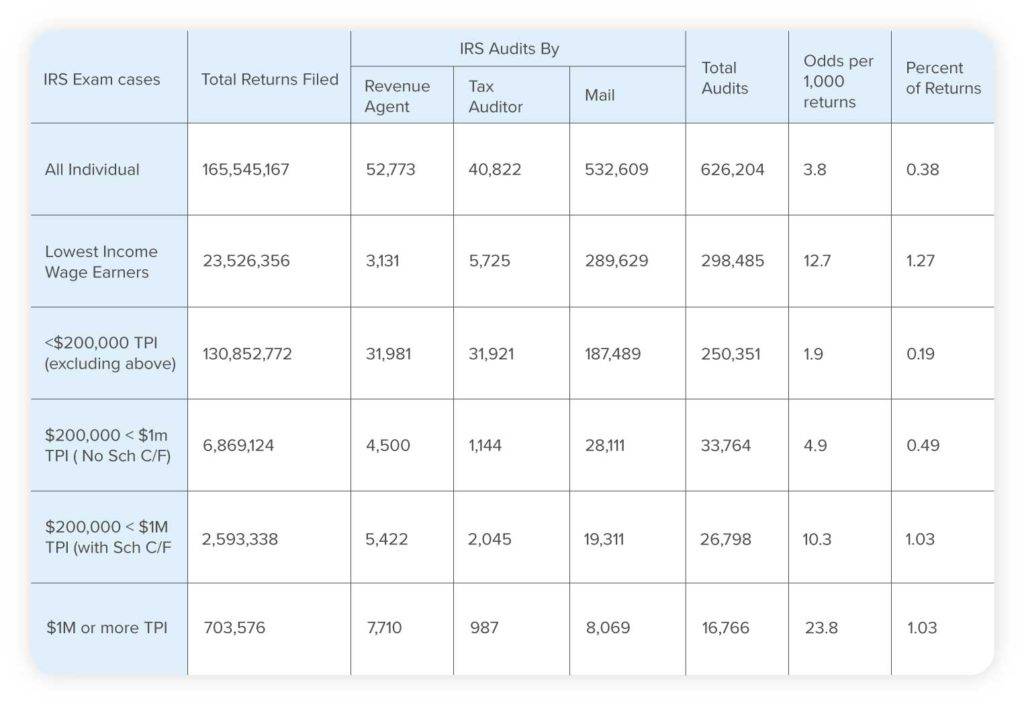 Low-income taxpayer audits, which occur primarily through the mail (known as correspondence audits), are one of the most serious problems plaguing the IRS and taxpayers, according to National Taxpayer Advocate Erin M. Collins. What makes this type of audit so troubling is that taxpayers are not assigned a single point of contact and struggle to reach anyone at the IRS to resolve the issue — a problem taxpayers and tax pros alike know all too well.

Speaking of IRS audits of million-dollar income returns, Former President Trump’s tax returns were released by the Democrat-led House Ways and Means Committee last month. Determining whether that was a good idea or not is perhaps best for a another discussion over cocktails.

Want to take a deeper dive into Trump’s tax returns? Our expert instructor Mark Seid has a one-hour webcast reviewing the returns from his perspective as an IRS Agent for 10 years and as a practicing CPA for 20 years. Check it out below. 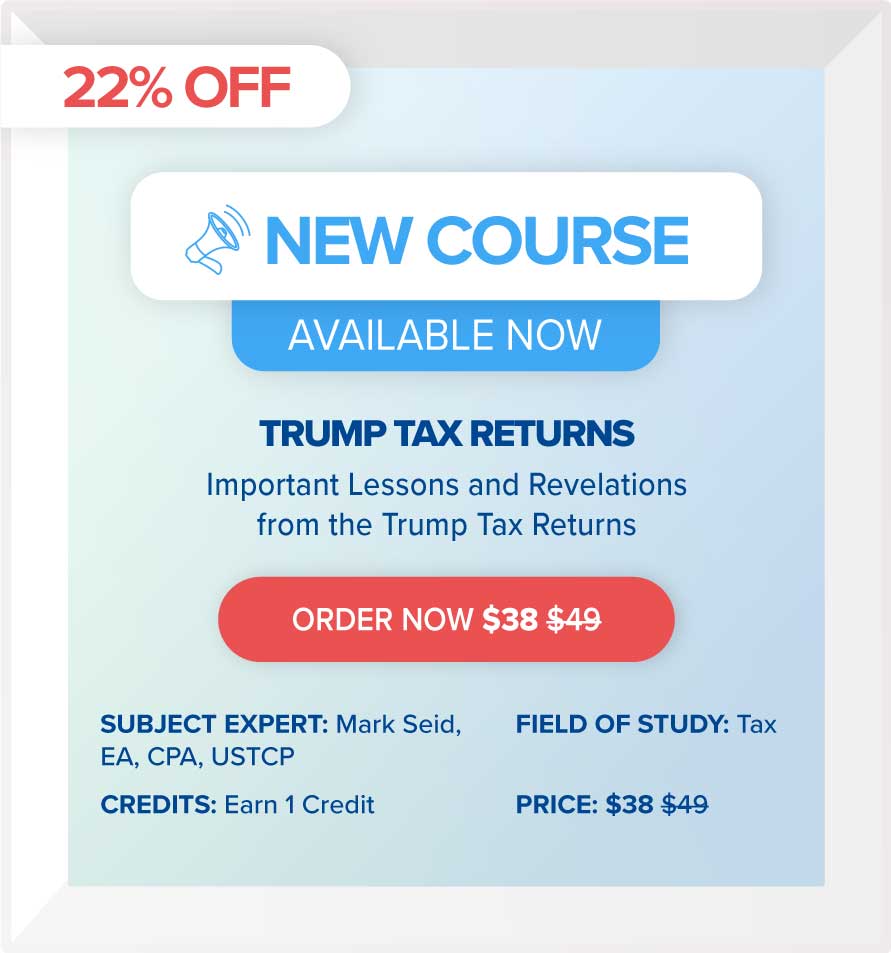